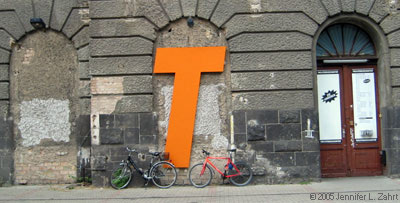 TRANSIT [ISSN 1551-9627], originating from the Department of German at the University of California, Berkeley, is the first refereed, multidisciplinary online journal dedicated to the critical inquiry of travel, migration, and multiculturalism in the German-speaking world.

TRANSIT is a web-based, multimedia production that pushes boundaries, both of traditional scholarship and of print publication.

TRANSIT publishes one issue over the course of a year in several rounds of publication, allowing for new submissions throughout the year. Each issue also contains an open forum for experimental work and review essays on relevant books. This issue format utilizes the features of electronic publishing to rapidly increase the ability of scholars to respond to one another’s work.

TRANSIT invites critical work, in English or German, from all areas in which movement and transition are major forces, from translation to travelogues and other forms of cultural transfer. We accept critical scholarship on works such as Wolfram’s Parzival, Goethe’s Wilhelm Meisters Wanderjahre, Özdamar’s Das Leben ist eine Karawanserei, or Wenders’ Bis ans Ende der Welt.

TRANSIT unites the academic rigor of the traditional scholarly review process with the benefits of open-access publication. As part of its rigorous peer review process, TRANSIT also screens for plagiarism before publication. Timely publication and distribution are ensured by the University of California’s eScholarship Digital Information Repository. As an open access journal, all content is freely available without charge to the user or her/his institution. Users are allowed to read, download, print, search, or link to the full texts of the articles, or use them for any other lawful purpose, without asking prior permission from the publisher or the author.