Back to “Foreword to the Collection” or continue on to “Visible” by Sasha Marianna Salzmann.

Working on a translation project of this scale has been a tremendous honor. We are humbled both by the opportunity to work closely with some of the most important, emergent German-language authors of our time, as well as by the broad scope and intersectional nature of this literature whose value extends well beyond the discourse of German Studies scholarship.

Precisely because we believe that the value of this literature lies in its ability to circulate outside the confines of the German language, this translators’ introduction is meant to provide crucial context and gloss vocabulary for readers unfamiliar with the specificities of this content. As both editors and translators, we offer these interjections in recognition of the immense labor of our many contributors, whose input and diligent annotations have furnished both impetus and material for the current introduction.

Eure Heimat ist unser Albtraum [Your Homeland is our Nightmare] offers the perspectives of fourteen contemporary, German-language authors on the current reemergence of Heimat [homeland] discourse in Germany and the German-speaking world. In a time of ascendant populist nationalism across the globe, we share in our authors’ belief that we must critically examine the component parts of this ideology if we are to offer a nuanced challenge to the very concrete threat of rightwing violence. The concept of the German Heimat—innocuous at first glance in its evocation of community and the bucolic landscapes of 19th-century Romanticism—has a storied history which belies recent attempts to depoliticize models for ‘positive Heimatliebe [love for the homeland].’ Let there be no mistake: The political discourse of the German Heimat has always been tied to the exclusionary and often violent history of German nationalism. It is rooted in the blood-and-soil fantasies of a conservative, white, Christian ethno-state, and the corresponding evocations of a timeless sedentism painted over the rural landscapes of German-speaking Europe. It offers a fantasy of homogeneity as anachronous in today’s globalized world as it was in the multiethnic, multilingual territories of the pre-industrial Europe from which it emerged.

Although the motifs of the German Heimat are in many ways specific to the histories of Central Europe, an exclusive imaginary of ‘homeland’ resonates in many corners of the world today and has far-reaching implications for the sociopolitical development of nearly every language. For those interested in a more comprehensive, scholarly English-language introduction to the German-language concept, we recommend Peter Blickle’s 2002 monograph Heimat: A Critical Theory of the German Idea of Homeland.[i] For a more recent English-language intervention in this scholarship, one might also review the works of Friederike Eigler, including her 2014 Heimat, Space, Narrative[ii] which examines recourse to the memories of the ‘lost’ Heimat of the Prussian East in postwar German-language literature. Eigler’s ongoing work on this subject also gestures toward the continued relevance of these narratives of geospatial and political ‘loss’ in the wake of German Reunification.

What, then, should be done with such a contentious term? Contemporary German-language critiques of Heimat are varied: Some seek to reclaim in the term an expanded, more inclusive plurality; others disavow its usage altogether. Because the significance of contemporary Heimat discourse lies precisely in its attempt to redefine a sense of post-Reunification Germanness in spite of (or perhaps due to) the uptick of rightwing violence which followed, it is important to recognize precursors to the current collected volume which have also sought to expand or problematize the discourse of belonging from a position of radical diversity. Two other important recent collections in this regard are the now out-of-print 2011 Manifest der Vielen [Manifesto of the Many][iii] edited by Hilal Sezgin, and the 2014 Das Neue Deutschland: Von Migration und Vielfalt [The New Germany: Of Migration and Diversity][iv] which accompanied an exhibition at Dresden’s German Hygiene Museum (a selection of articles from this publication were translated for TRANSIT 9.1).

Both these works shed additional light on the modern history of the German-speaking world: its diversities and their discontents. They also—as does the current volume—seek to illuminate the darker history of German Reunification, from the murders of the National Socialist Underground (NSU) to precursors of the recent emergence of rightwing populist movements like PEGIDA (a German acronym for ‘Patriotic Europeans Against the Islamisation of the Occident’ [Patriotische Europäer gegen die Islamisierung des Abendlandes]) and the far-right nationalist party Alternative für Deutschland [Alternative for Germany] (AfD). Although infamous in certain circles, many of these developments have received little international attention. The legacy of the NSU, for example—a rightwing domestic terrorist organization in Germany responsible for a series of racially motivated murders and other crimes throughout the first decade of the 2000s, has only recently garnered renewed media attention in the aftermath of similar domestic terrorist attacks in Germany over the past months. The AfD, the first rightwing nationalist party to ascend to the German parliament on a federal level since the Second World War is currently the country’s third-largest political party.

While the term Heimat is the cornerstone of this collection’s critical vocabulary, there are also a number of concepts which deserve additional clarification in an English-speaking context. The first is the deliberate and universal use of the so-called “gender_gap” or Gendersternchen in the syntax of the German-language originals. This is an inclusive linguistic device which seeks to overcome the highly gendered nature of German grammar through the introduction of an asterisk or underscore preceding or in-place-of gendered word-endings or suffixes. Where possible, our translators have sought to approximate this language through the use of non-gendered English-language equivalents, the pronoun one, or use of the singular they.

The German adjective migrantisch (just like its equivalent substantive Migrant_innen) serves a far-broader semiotic function than the English equivalents migrant, immigrant, etc.—rooted as they are in associations of spatial-temporality. In light of this, our translators have chosen to employ the neologism (im)migrant (where appropriate), and to use alternatives such as ‘migrant’ or ‘immigrant’ only in those cases in which such specificity seemed vital to the implied meaning of the texts. In a similar vein, the prevalent German term postmigrantisch [postmigrant]—a term with wide-ranging implications—is often used to describe both the temporal-spatial condition following migration, as well as the society and cultural artifacts produced in a context influenced by human mobilities (in many cases it may be difficult to imagine a world not conceived of as ‘postmigrant’ in the broadest sense of this term). In the German language, postmigrantisch is frequently employed as a catch-all descriptor for many forms of diversity—a trend which is increasingly being problematized in art, literature, and scholarship: the current essay collection included.

Due to its prevalence in the contemporary cultural sphere of German-language discourse, we have also been confronted with the difficulty of translating the pejorative term Kanack_innen (also Kanak_innen)—a racist designation typically applied to people of alleged Mediterranean, North African, Muslim, or Middle Eastern appearance or descent. As with similar racist designations in the English language, this term has seen a recent surge in activation—as a form of self-empowerment through self-designation among communities of color in Germany, but also as a ‘fun’ term appropriated by white Germans seeking to align themselves with these marginalized communities or their cultural productions—an appropriation which we, along with our authors reject unequivocally. Due to the cultural-linguistic specificity of this term, we have largely left its use untranslated in our texts—employing various usage and spelling as our respective authors have seen fit to do in their individual essays.

Other German terms which have troubled our translators and authors alike include words such as Dominanzkultur [dominant culture or culture of dominance] and Mehrheitsgesellschaft [majority society] which do not possess an English-language equivalent in pop-culture circulation. Due to the often-colloquial registers of these literary texts, we have attempted to negotiate a plurality of voices while eschewing the use of highly elevated academic language whenever possible. In many cases, for purposes of uniformity and coherence we have translated these terms with the English approximation “mainstream society,” although we remain cognizant of the fact that this term does not carry the associated nuances of the German-language terms.

Finally, we would like to acknowledge the frequent use of the German substantive Verbündete [allies] in the German-language texts, and also recognize a number of our authors’ choice in refraining from the use of the common German anglicism Allies. 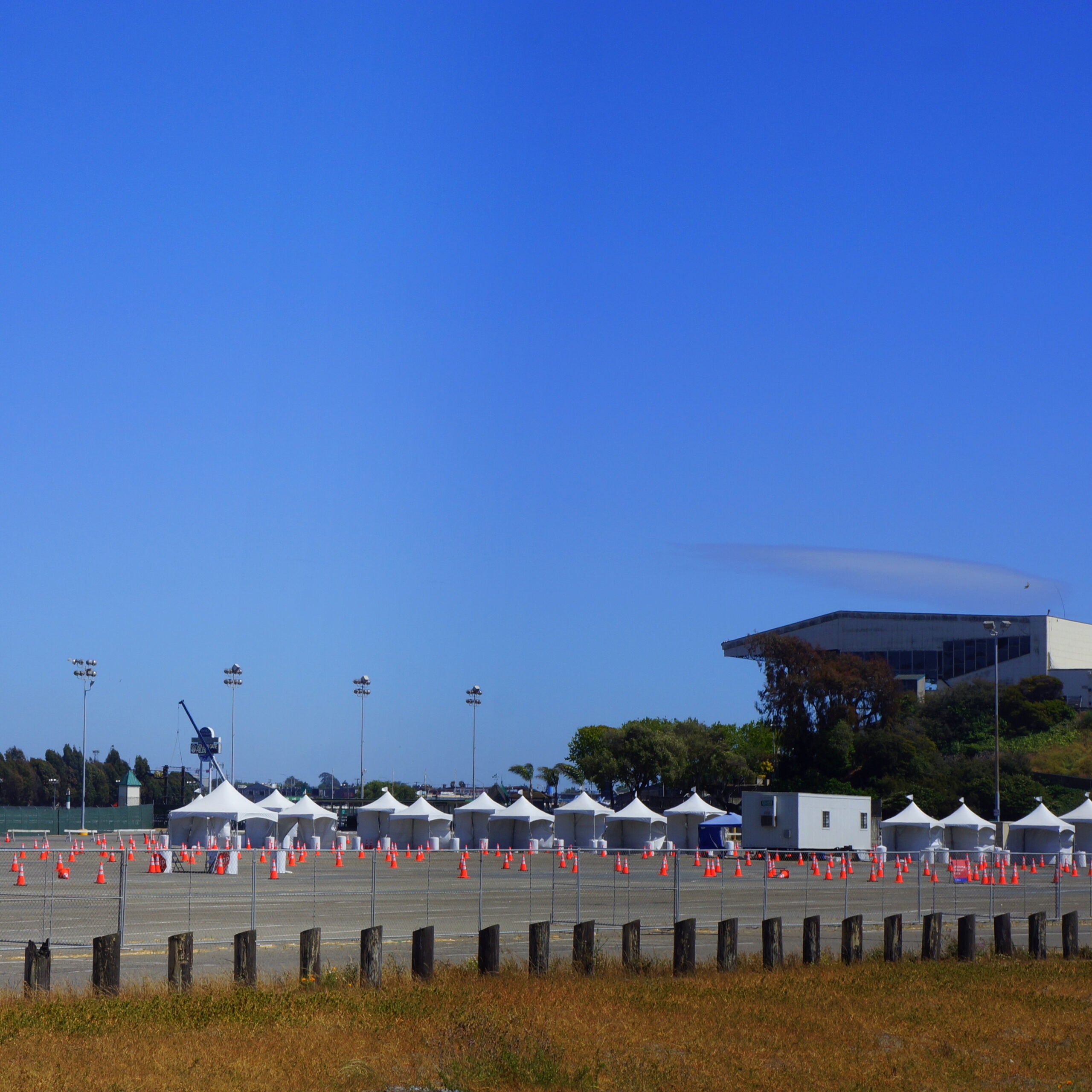 We believe that this was a deliberate choice meant to highlight the etymological differences between the terms. While Verbündete comes from the German verb verbinden—to connect, to bind together, the term ally’s largely martial origin implies the marriage of convenience between two otherwise unlike or opposing parties for mutually beneficial ends. Recognizing a distinction between solidarity and contractual obligation, we have chosen to translate Verbündete with a plurality of context-appropriate noun phrases including the expression “bound together,” a concept with longstanding resonance among activist communities in the English-speaking world, as well.

This collection of translations comes at a precarious moment: The potent combination of neoliberalism and discriminatory nationalism has reached a fever pitch; the current COVID-19 pandemic forces us into isolation; and the host of issues that compete for our panic seems to grow by the day. We therefore humbly offer these English translations as a gesture of transatlantic, and indeed, global solidarity: “We” cannot be alone. For despite our current social distancing, we understand ourselves as operating in a time of equally unprecedented social connectivity, bound together in the pursuit of our commonalities, united in our shared experience, and resolute in our belief in an inclusive, radical diversity that transcends the boundaries of ability, gender, language, origin, religion, sexuality, or nation-state. From the shores of the Pacific Rim to the banks of the Spree and Danube Rivers and beyond, this ongoing collaboration represents a small piece of our common humanity.

Back to “Foreword to the Collection” or continue on to “Visible” by Sasha Marianna Salzmann.