The present Covid-19 pandemic has brought the contradictions of our global existence into sharp relief. While the spread of the virus across national and continental borders has raised the awareness of global entanglements, the resultant closure of national borders even within the  European  Schengen  Area  locked  people  down  in  place  and  brought  transnational movement  to  a  halt.  With  most  academic  conversations  having  moved  online,  the  29th Annual  Berkeley  Interdisciplinary  German  Studies  Conference, held  February  19-20, 2021,  gathered  a  group  of  scholars  from  across  the  globe  to  address  the  state  of  our discipline in times of uncertainty and transformation. The breadth of approaches contained under the disciplinary heading “German Studies/Germanistik” can be at times dizzying, but we believe this ultimately to be a strength of what we call German Studies.  Ours, perhaps more than many others, has been a discipline seeking to redefine itself by deconstructing its originary conception –in the sense both of its initially nationalistic orientation as well as its theoretical foundations and antecedents.

In recent years, Global German Studies emerged as an umbrella term for a multiplicity of research approaches and has gained traction in scholarship,[1] teaching methodologies,[2] and academic programs.[3] This Transit Special Section embraces a variety of approaches that set out to sketch what Global German Studies could be. Predecessors of Global German Studies can for example be found in the field of “Interkulturelle Germanistik,” which asks questions about the relation between self and other across cultural divides. We propose to take this as a starting point and shift the focus to a multiplicity of global relations that decenter the very notion of the self as nationally or culturally homogeneous. The contributions focus on the circulation of cultural and medial forms on a global scale, seeking to expand the field of German Studies in exciting and urgent ways. How can we understand transnational processes of remediation and resignification? What audiences are addressed and mobilized by traveling forms and for what purposes? What are the possibilities and limitations of transcultural dialogues? And how can we imagine more just futures in the face of ongoing environmental devastation and racism? 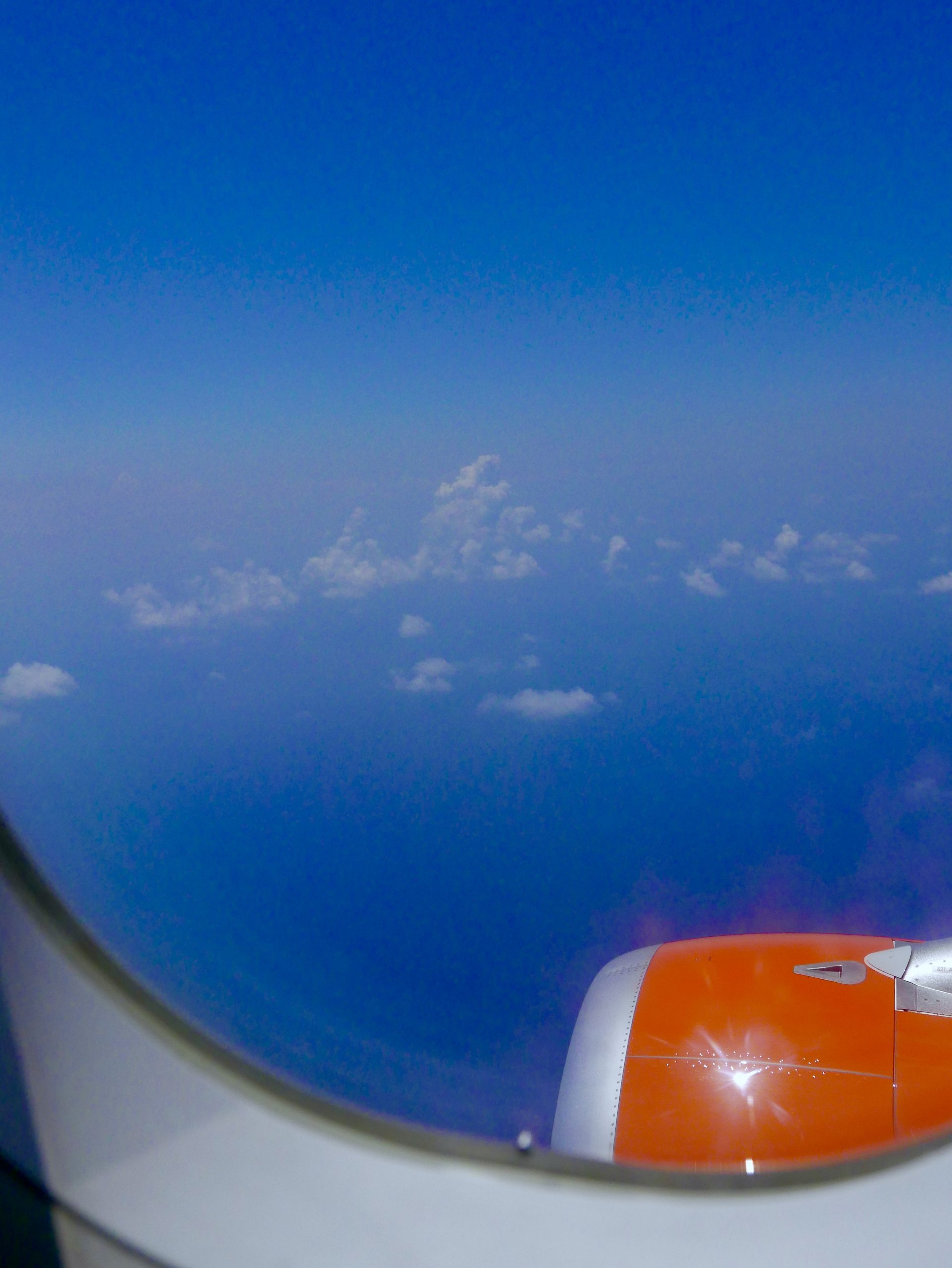 We believe that German Studies can provide specific answers to these broader questions. Despite the provincial character of Germany up to the 19th century, German-language intellectual history offers a variety of concepts to grapple with our global condition. From Goethe’s influential idea of world literature and Kant’s cosmopolitanism, to Marx’s theory of circulation, Freud’s transference, and the Phenomenologists’ notions of world, German thought oftentimes provides a basis for critical and comparative research on global issues. At the same time, we must be mindful of the eurocentrism intrinsic to this intellectual tradition. Several of the papers in this issue challenge this legacy with postcolonial approaches as well as through their own particular research practices. They follow the global routes of German ideas and artifacts and look back at the German canon from outside of Europe; a movement which displaces and defamiliarizes the objects of our studies.

Camila Yadeau seeks in her paper “Translingual Encounters: Freedom, Civic Virtue, and the Social Organism in Liang Qichao’s Reading of Kant” both to address the understudied influence of Immanuel Kant’s thought on late-Qing and early Republican thought in China, the translation of whose works precludes a simple model-copy relation admitting of accuracy or deficiency. Through translation and commentary, thinkers like Liang Qichao transform Kantian notions in light of both neo-Confucian ideals and practical matters regarding the changing nature of state and individual with the rise of liberalism. In her “Translation Terminable and Interminable: Psychoanalysis Between Vienna and Calcutta,” Candela Potente takes as her subject psychoanalysis in Calcutta in order to show the transferential element in the geographic and linguistic dissemination of concepts; she problematizes a historiography of psychoanalysis that has elided the contributions of analysts outside of Europe and North America. Indian psychoanalysts developed concepts and practices from out of a particular cultural milieu, whose colonial nature was not simply defined by a British-Indian dichotomy. These concepts and practices differed significantly from Sigmund Freud’s, who envisioned psychoanalysis as a universal, rather than the culturally specific practice.

Joseph Kebe-Nguema dedicates his paper “Das deutsche Kolonialerbe in der Jugendkolonialliteratur der BRD und der DDR” to the colonial youth literature of the divided Germany. While this genre is often considered Trivialliteratur, he makes a strong claim for including it in our efforts to decolonize German Studies, especially since youth literature instills specific values in its readership. Analyzing racialization and character construction, the paper reveals significant differences between colonial youth literature in the GDR and the BRD, which Kebe-Nguema explains through the divergent ideologies of global anti-imperialism in the former and the lingering desire for colonies in the latter. Aron Korozs shares with Kebe-Nguema a concern for justice and equality as he revisits the Bauhaus school, recently lauded as an antidote to our neoliberal housing market. Korozs, however, argues in his “”Biohaus”: The Bauhaus and the Biopolitics of Global Space” that the Bauhaus in its Dessau period participated in the intensification of biopolitical practices. Juxtaposing Henri Lefebvre and Michael Foucault, he develops a theoretical frame to analyze the entanglement of the Bauhaus in a global, capitalist project of managing the population, and finds evidence in Hannes Meyer’s Törten working-class housing estate as well as in László Moholy-Nagy’s filmic works on urban life.

In his “Deterritorialized Travels: Notes on World, Earth, and Literature in the Work of Deleuze and Guattari,” Florian Scherübl examines the place of the arts, particularly literature and literary language, in the creation of phenomenal worlds; utilizing Gilles Deleuze (and Félix Guattari’s) writings and remarks on literature Scherübl pushes back against Martin Heidegger’s conception of the artwork as representational. While, for Heidegger, both the artwork and Being itself represent a common world for a historical people, Scherübl claims that what Deleuze sees as literary language’s additive potential surpasses the representational nature of Heidegger’s artwork and his conception of Being. For Deleuze, literary language offers a destinationless path out of codified structures, making language itself into a traveling form. In the last contribution “World Conspiracy Literature and Antisemitism,” Sebastian Schuller proposes to analyze the current phenomenon of circulating conspiracy theories as a “dark undercurrent of world literature.” This allows him to illuminate the philological practices of reading through which conspiracy theories respond to alienation under modern capitalism. He uncovers structural parallels with antisemitism as conspiracy theories reduce the complexity of economic and social relations to an embodied enemy such as the ‘deep state’ in the US. The focus on “world conspiracy literature” at the same time questions the ideals behind the liberal project of world literature, which according to Schuller, creates world through similar practices of reading.

Some of the contributions highlight the material and medial character of circulation; others investigate processes of translation between different languages or genres. They all work to broaden our discipline beyond the national frame and show that German literature, culture, and thought are always already transnational. The contributions share such theoretical proximities rather than geographical markers; we hope to create a conversation that overcomes static conceptions of global regions established by area studies. As such, we are invested in the resonances between distant places and histories as well as in the common ground in our methods and theories.

We would like to thank Professors Lilla Balint, Deniz Göktürk, Robert Kaufman, Kristin Kopp, Caroline Schaumann, and Chenxi Tang, who served as commentators at our conference, for their input on this project. And we thank the Townsend Center at UC Berkeley for the financial support of the conference.

[3] The University of Toronto offers a Certificate in Global German Studies.